All in a golden afternoon...my Alice in Wonderland collection

On this day, November 26,  all the way back in 1864, Charles Lewis Dodgson, better known as Lewis Carroll, gave a little girl named Alice a handwritten manuscript entitled "Alice's Adventures Under Ground".
The now familiar fairytale was first told 2 years earlier, on a sunny afternoon,during a boat ride on the Isis River in Oxford, by Carroll to 3 little girls.

Lewis Carroll was a teacher at the Christ Church College in Oxford. His boss, Dean Liddel had several daughters, one of whom named Alice. 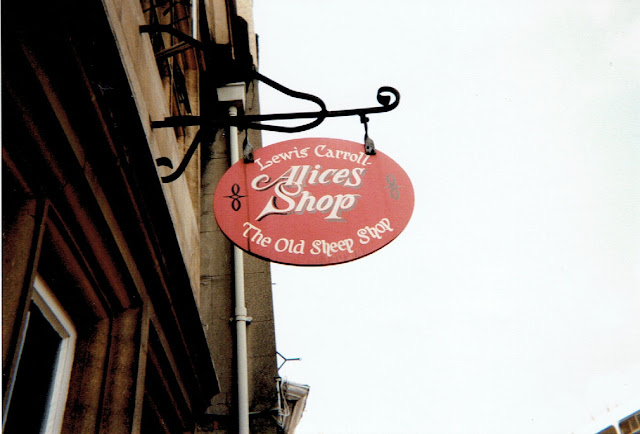 Across the street from the College was a little grocery shop where Alice often went for sweets.
If you're familiar with the original book, the shop does make an appearance in Through the Looking Glass, the sequel to Alice in Wonderland.  In the book a sheep is the shopkeeper. 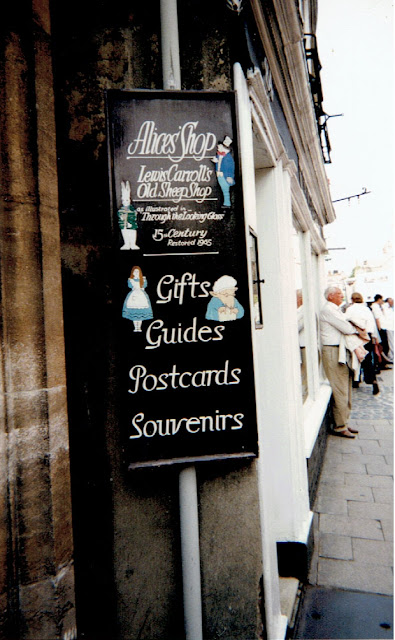 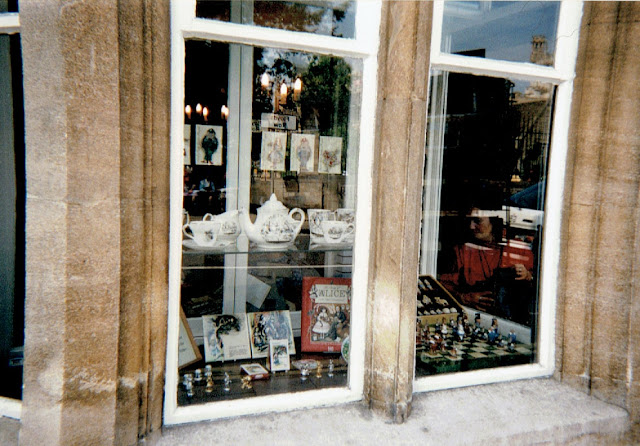 Nowadays the shop is entirely dedicated to Alice inWonderland. It is a goldmine for Alice fans...they flock there from all over the world...well, mostly from Japan it seems as on my 2  visits the shopkeeper was a Japanese with a very basic knowledge of English ;)  She taught me how to say Alice in Wonderland in Japanese too!
Nowadays they have an online shop too.

All in the golden afternoon
Full leisurely we glide;
For both our oars, with little skill,
By little arms are plied,
While little hands make vain pretense
Our wanderings to guide.
Ah, cruel Three! In such an hour,
Beneath such dreamy weather,
To beg a tale of breath too weak
To stir the tiniest feather!
Yet what can one poor voice avail
Against three tongues together?
Imperious Prima flashes forth
Her edict to "begin it"--
In gentler tones Secunda hopes
"There will be nonsense in it"--
While Tertia interrupts the tale
Not more than once a minute.
Anon, to sudden silence won,
In fancy they pursue
The dream-child moving through a land
Of wonders wild and new,
In friendly chat with bird or beast--
And half believe it true.
And ever, as the story drained
The wells of fancy dry,
And faintly strove that weary one
To put the subject by,
"The rest next time"--"It is next time!"
The happy voices cry.
Thus grew the tale of Wonderland:
Thus slowly, one by one,
Its quaint events were hammered out--
And now the tale is done,
And home we steer, a merry crew,
Beneath the setting sun.
Alice! a childish story take,
And with a gentle hand
Lay it where Childhood's dreams are twined
In Memory's mystic band,
Like pilgrim's withered wreath of flowers
Plucked in a far-off land.

I guess only true fans know all these facts, I love them :)

Haha! A Japanese shop owner makes total sense :-)
Must be a gold mine!

So many facts regarding the author that I was totally unaware about...thank you!!

That's so cool! I knew "Alice" wasn't just a character, but I surely didn't know that they still have the shop running! It must b a goldmine for Alice fans like you :)

Wonderful to know more about Alice and Lewis Carroll.
You did a bit of shopping indeed...

Yes, I knew about the real side, not all the details of course. (I'm not such a big fan of Alice)
Thanks for sharing, your crazy fan girl :D