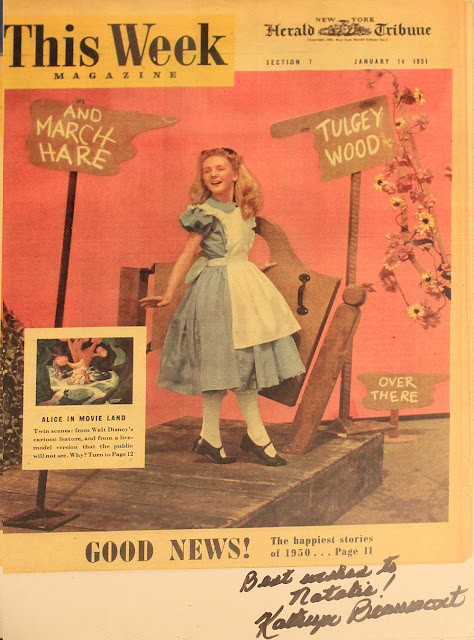 That time I flew to LA to meet Alice in person, or at least the actress who was the  Disney Alice, Kathryn Beaumont. 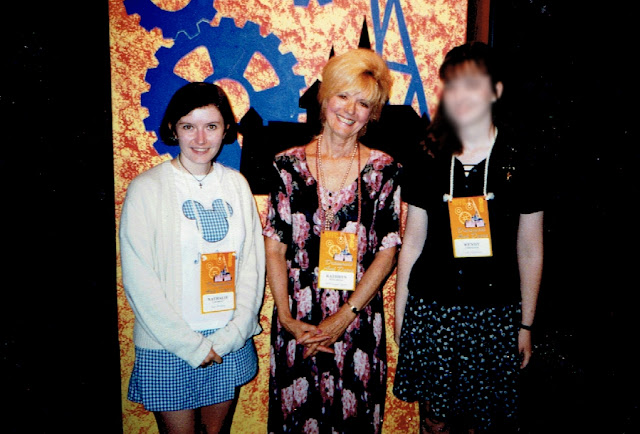 She was super gracious and adorable when she met the fans.
It is little known that Disney would actually film real actors before starting the animation process.


Disneyland in California also has the only Alice "dark ride"...which is the coolest of them all (unbiased opinion, of course)

Video by Inside the Magic on Youtube.
Posted by Nathalie at 9:43:00 PM

Cool that you could visit there.

thanks for posting that video, I very much enjoyed the virtual ride :)
this all makes me want to re-watch Alice :D

That is so cool, Nathalie that you've met her! I actually didn't know about real actresses posing as a model for Disney animated movies.

I did not know that there were real actors behind the Disney characters! Thanks for sharing the virtual ride!

I also was not aware of the real actors part! I knew that movements of people were used but not the entire movie!
Loved the ride, so cool :)

Wow! That's so cool! I loved that tour in the dark! So cool, but again so short! It's amazing that you've ride to California to see the actors!