I want a macro lens

The other day I wanted to go out to take bug photos ...as I regularly find really interesting ones here. It didn't work too well, they all came out blurry and unusable...and I can't just blame my unsteady hands...I need a macro lens! Too bad my birthday is not any time soon...
Anyway, here's my series of bug free photos...at least those who don't like bugs won't freak out...

Up until I started getting those ophtalmic migraines (also known as eye migraines...and several other names) I had never heard of the condition. Everyone has heard of regular headache migraines...so it's easy to assume they're the same thing but nope (though you can have both at the same time, if you're really unlucky).
My "normal" eye migraine is pretty similar to what this little video shows. I get bright sticks in the middle of my vision and then they morph into a light garland. I get blind spots, I see things like through carnival mirrors. I have heard of people seeing upside down during a crisis. Though my thoughts stay clear, I find it hard to speak...like I have marshmallows in my mouth...and as if my mind is no longer connected to my mouth. When the vision problems recede , usually after 30 minutes, I am very tired,I forget things (like that time I couldn't remember a single irregular verb in Dutch) and sometimes get a very light headache.
Up until recently I'd have a crisis once in a while...2 or  3 a year...and the triggers would always be the same: some white wines, MSG (sodium glutamate) or being very hungry.
But a month ago, I started getting some crises without any of my triggers...and several crises a week too.
And it just got worse 2 weeks ago. Now I am getting several a day...with many other typical migraine symptoms: nausea, intolerance to light and sound.
At first I thought I had gastric flu...and that it was triggering the migraines...but it turns out it's the other way round...and it's a vicious circle, being nauseous makes me unable to eat and being hungry triggers a migraine   ARGHHHH  I am just glad I am still not getting the headaches though ;)
This is making me really grumpy now...and not very productive ><
Posted by Nathalie at 12:18:00 PM 4 comments: 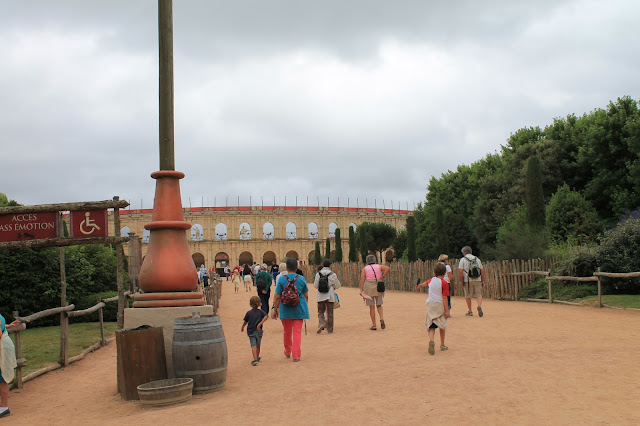 Another of the big shows at the Puy du Fou is the Triumph's Sign.
Set in a Roman coliseum, it is the biggest "in park" show...with lots of actors, stuntmen and animals. In 40 minutes you get a nice soft summary of what could have been Ancient Rome entertainment.
Lots of wild animals, gladiators, a chariot race. The Christian slave didn't get eaten though (note the mild disappointment here). 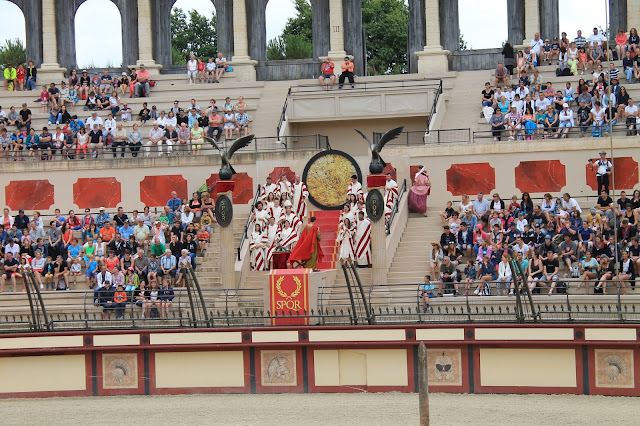 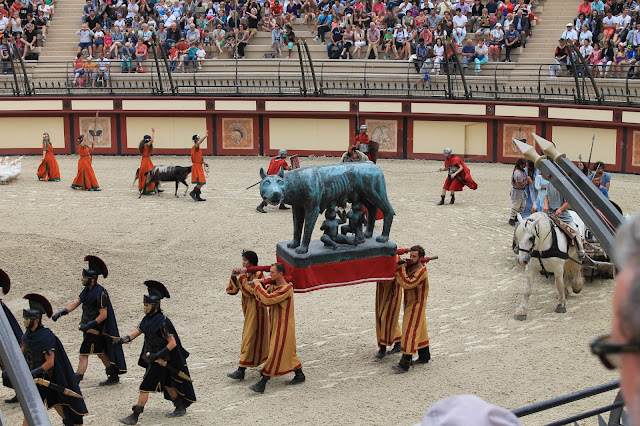 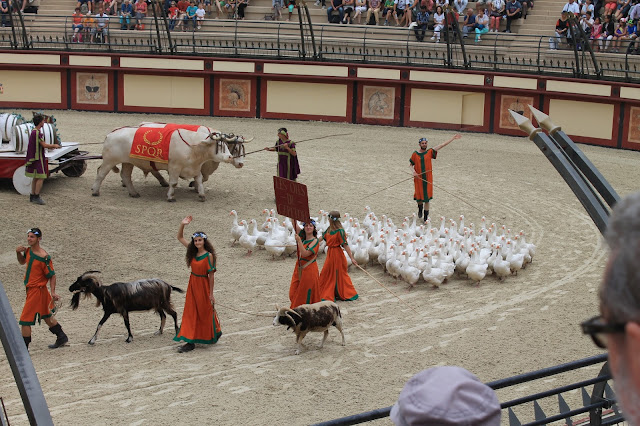 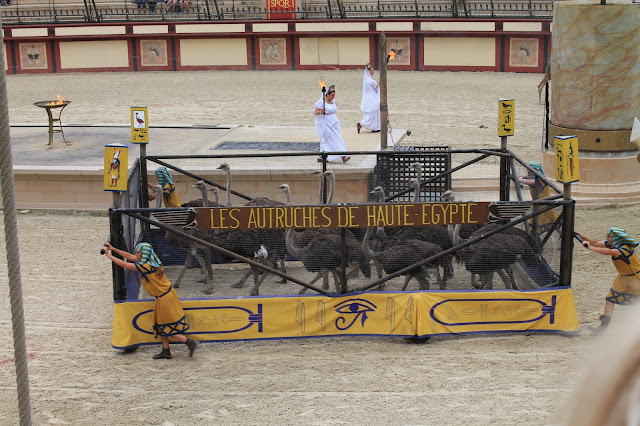 I realize I didn't take a single photos of the "Gallic heroes" (versus the horrible barbaric pagan Romans) ...I guess the French Christian propaganda was a bit lost one me... or I just chose to ignore it.
Posted by Nathalie at 5:11:00 PM 6 comments:

Ode to the new bathroom 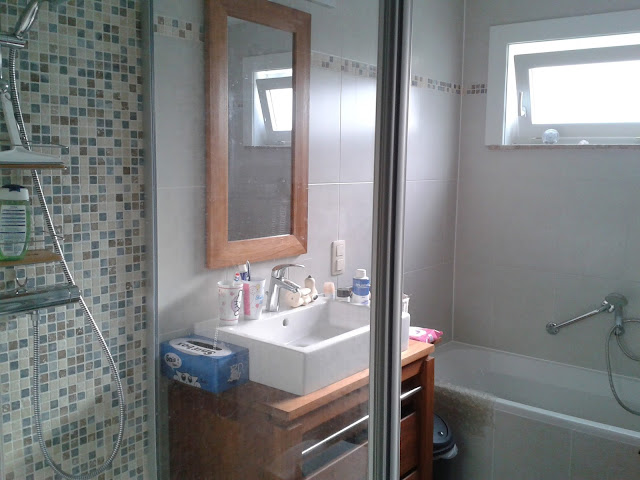 Oh new bathroom,
You’re so shiny and pretty.
6 Years I waited for thee,
For your shower and a sink, 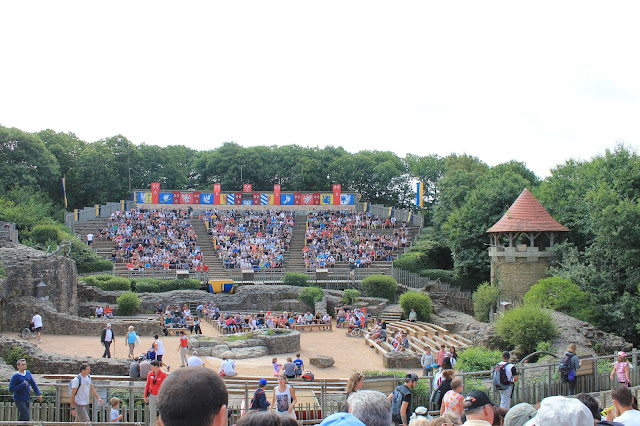 Le Bal des Oiseaux Fantômes (The Phantom Birds Dance) is a bird of prey show. I loved it. I went and saw it twice (and skipped other things to do so).
Unlike most bird of prey shows I had seen before, this one has a story with princesses and knights in armour... It also has many, many birds...not just eagles, falcons and vultures...but owls, a secretary bird ( those who hunt snakes), boars, dogs, a horse...which make the whole thing very magical. Add to that the birds almost touch you when flying overhead...

My stepmom gave me a pretty neat birthday present this year. A trip to a French  attraction park called the "Puy du Fou". The park is located in Vendée, about 750 km  from here, so quite a long drive but totally worth it.
Though it was elected "best attraction park" in the world, I am suprised it is so little known...and quite frankly I didn't know what to expect either.
The park as no rides, only shows...but what shows. It is loosely based on history, a very romanticized version of history...so you'll have Vikings, Knights, Romans, Mousquetaires...
On top of  the park shows  (which all last about 30-40 minutes), twice a week there's an extra show called the "Cinéscénie"...held around a lake with an actual Renaissance Castle. That show alone would be worth the trip to the Puy du Fou. It is pretty hard to describe...if you've seen Fanstamic at a Disney park, it is in the same style...only at least 10 times bigger, with about 3000 (yes, thousands) actors (most are volunteers from the area), horses, all sorts of other animals, fireworks, boats, sets coming and going. It lasts 1h40...and it feels like 10 minutes ;)  The show covers the history of Vendée, from the Middle Ages to the second World War. Though it is entirely in French, translations are available. 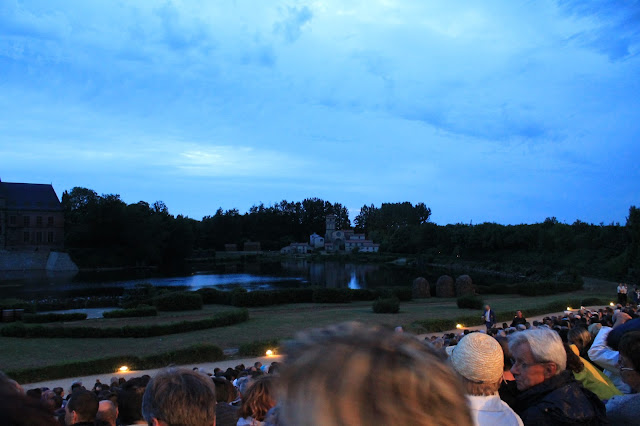 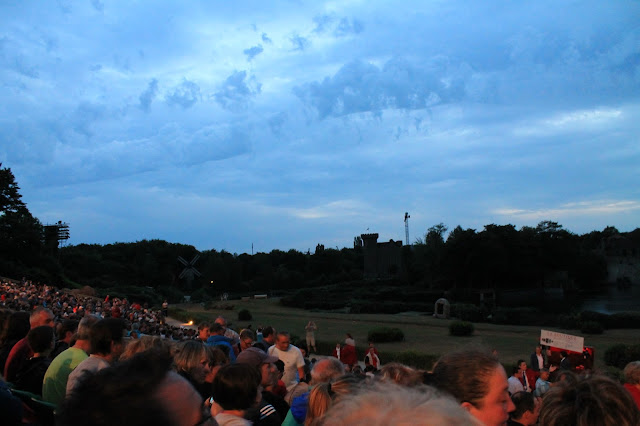 Pictures are not allowed during the show so check here if you want to have a vague idea of what the show looks like.
Our hotel 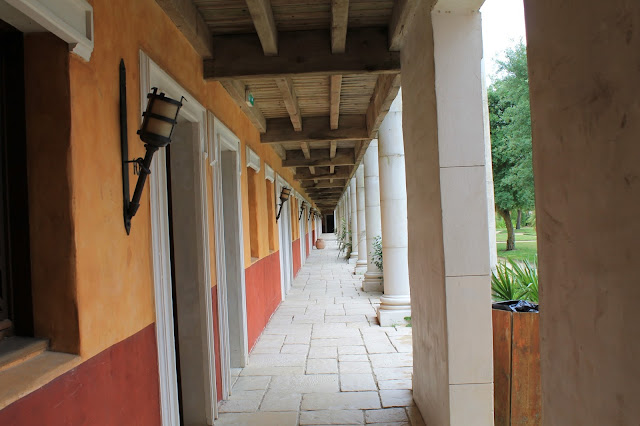 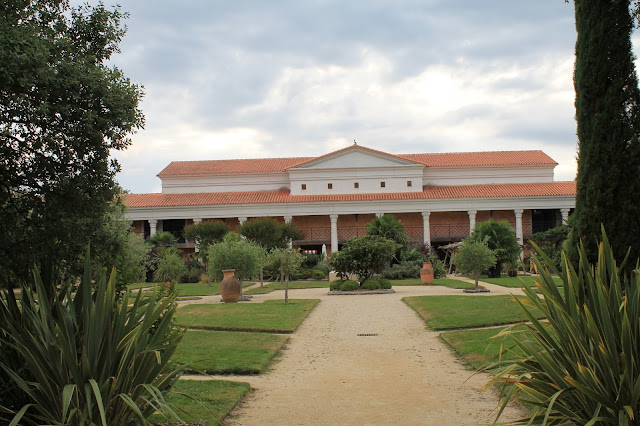 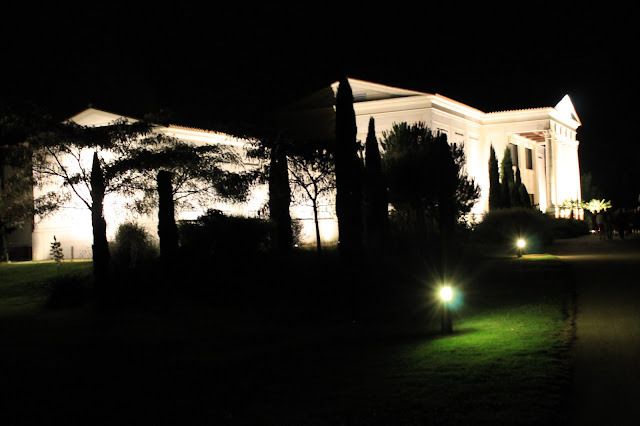 That was our first evening at the park...we were staying at one of the four themed hotels, the Gallo-roman villa...
Like the park, the details are really neat...all the employees are in very realistic costumes...so cool (says the girl who took 6 years of Latin in high school). I am glad I didn't see any Yul Brynner look-alike or I would have freaked out a little (if you haven't seen the movie WestWorld, you'll have no idea what I am talking about)