What I like the most about the Disney parks is the attention to details, it really feels like not a single spot was  forgotten, from floor to ceilings.... 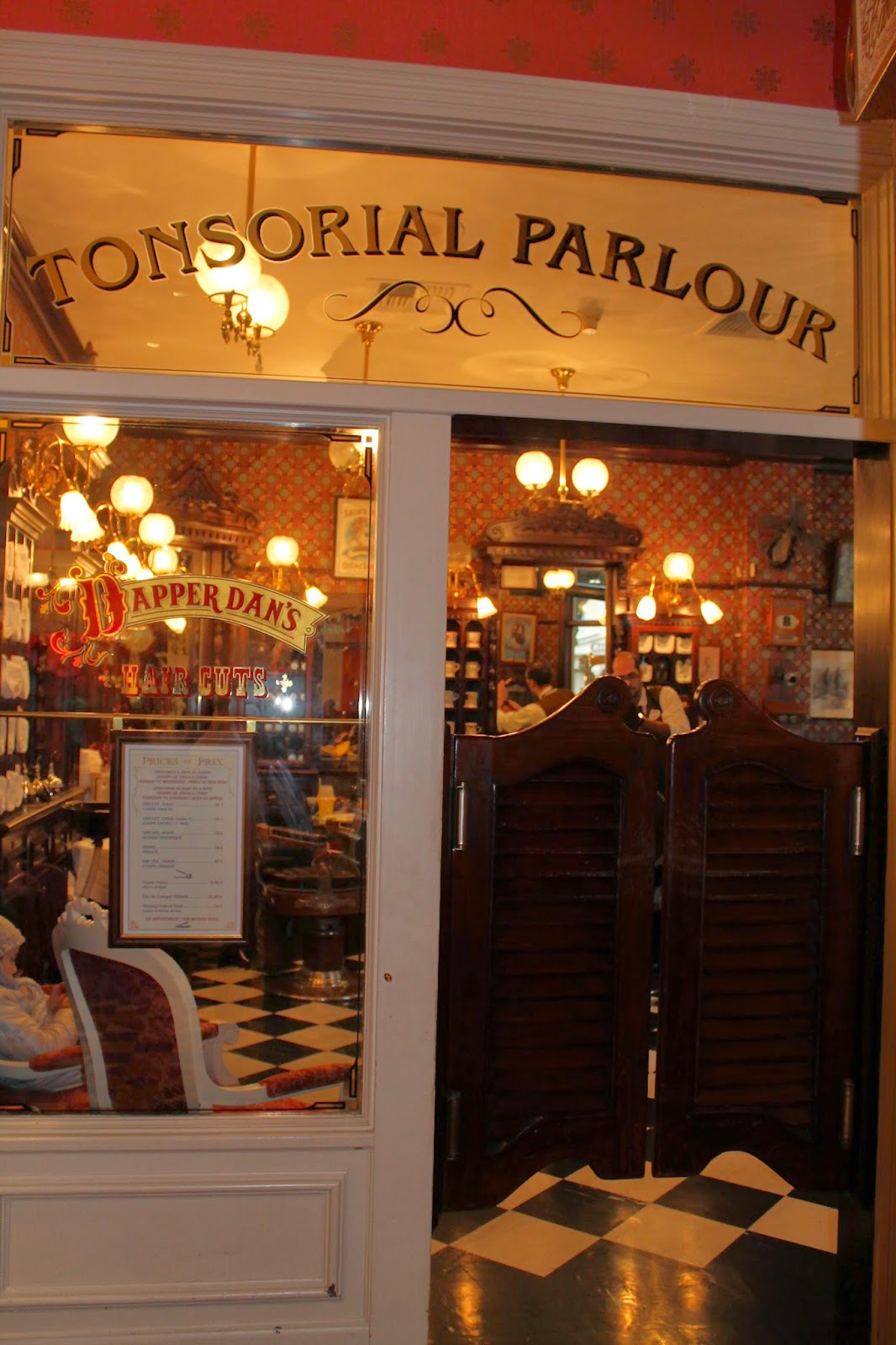 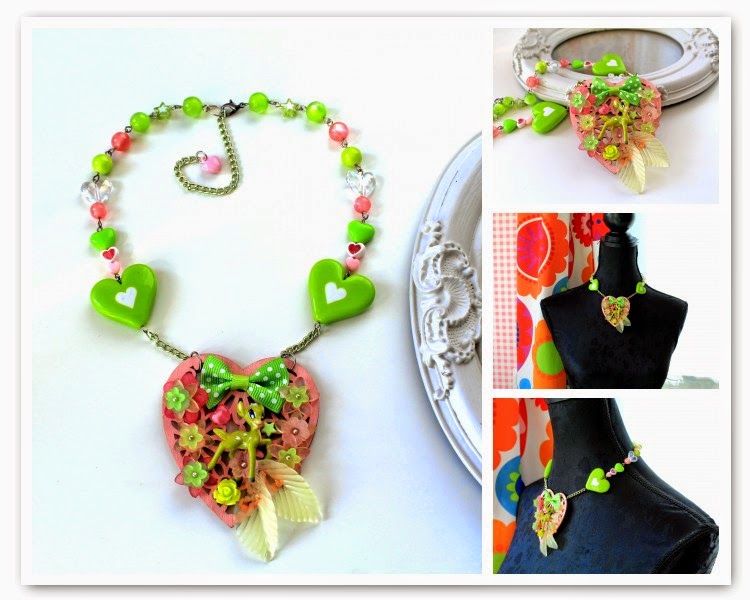 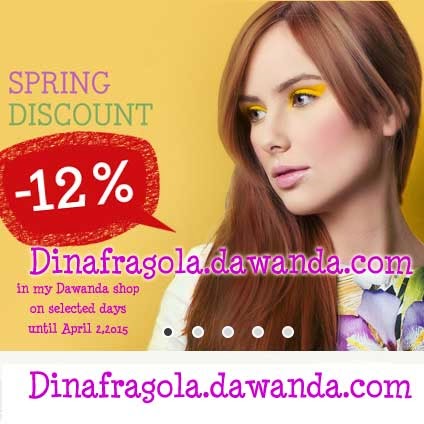 12% off everything in my Dawanda shop on selected days until April2, 2015. 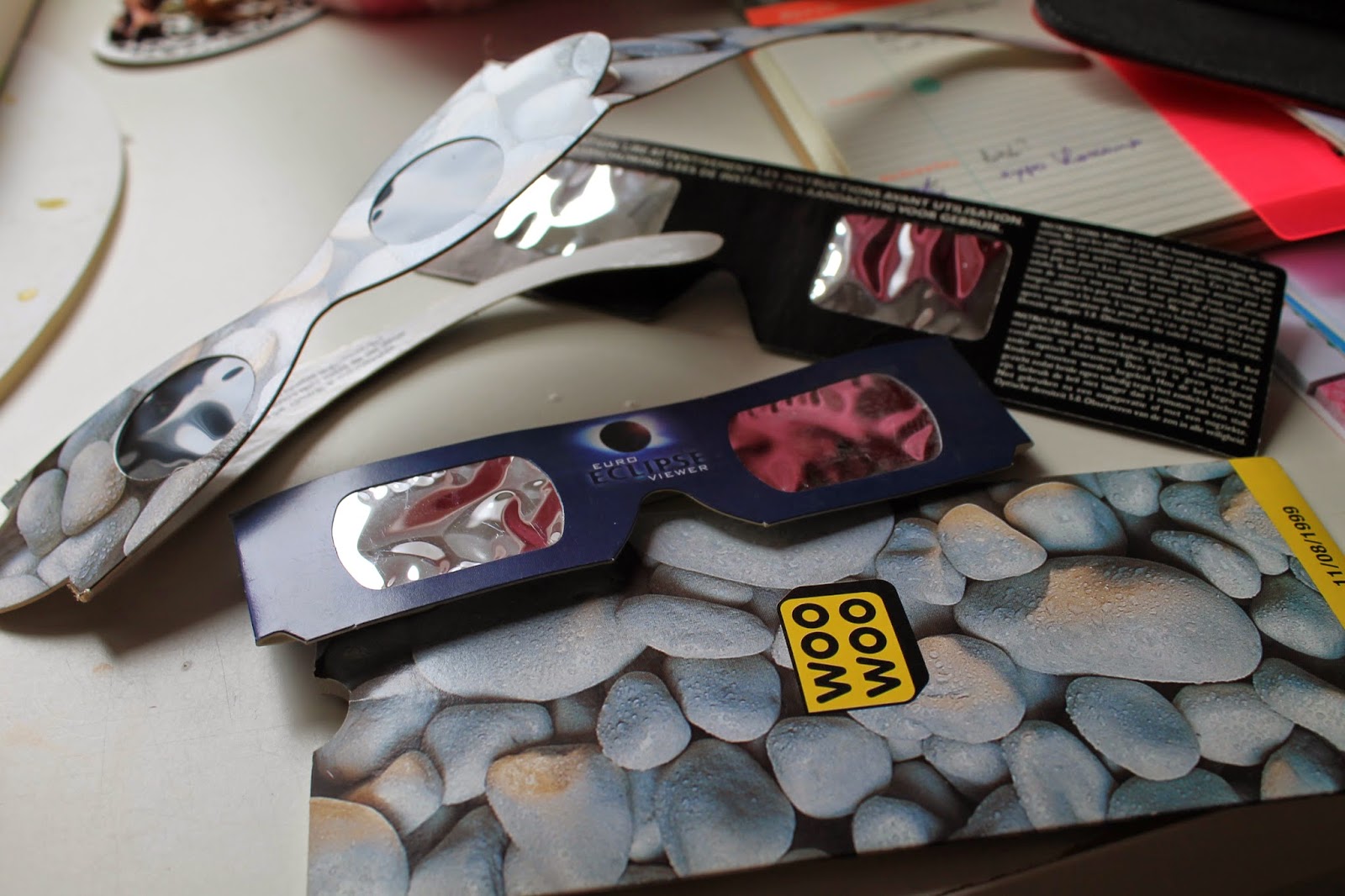 It started with the hunt for solar eclipse glasses. They were sold out in shops but I knew I had some, somewhere, from the 1999 eclipse.
I looked and searched everywhere I could think of...then I gave up when the weather forecasts pretty much all agreed we  wouldn't be seeing anything due to fog.
Then around 4 am last night a weird buzzing sound woke me up. A loud, very loud sound to wake me up (I don't wear my hearing aid to sleep).
It was so loud, and so odd...at first I thought some planes were flying over the house again and again...then I figured it was a car in the street...But by then I was wide awake and had to investigate...especially since the cats were awake too and were all rushing out of the bedroom.
No, it was not some electrical malfunction, nor plane, nor car nor space alien, nor zombies...it was a HUGE fluffy bumblebee... I tried to catch it but Frank, the bug hunter, caught it first.
Well, there I was, awake in the middle of the night...considering whether it was a good idea to have breakfast that early...when I sudddenly remembered where those eclipse glasses were. And indeed, there they were, in one of the few boxes still not unpacked from the move ( huh, yes, OK, that was almost 6 years ago).
9.30 am...things didn't look too hopeful, foggy, cloudy sky...and then slowly the skies cleared... 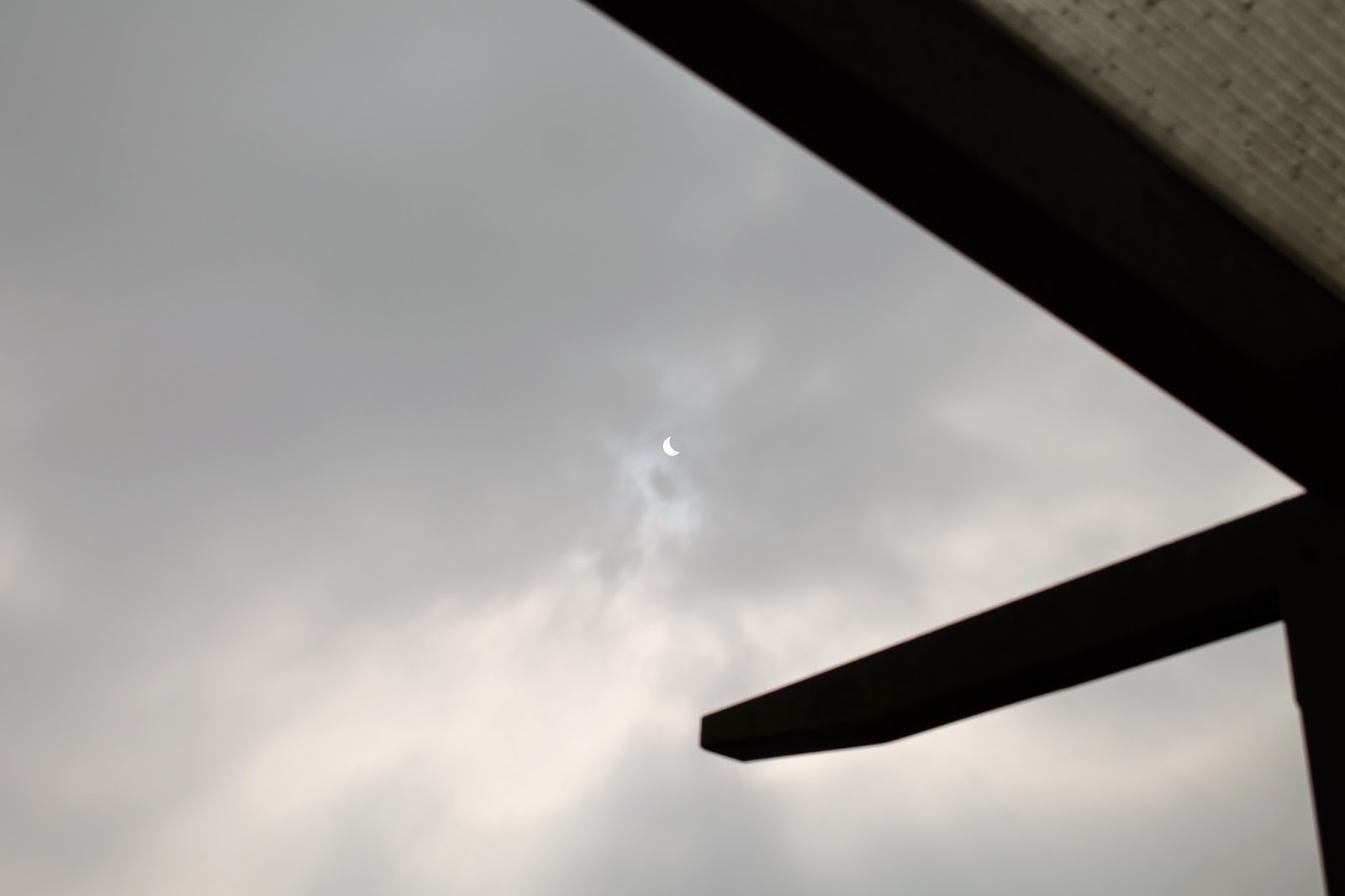 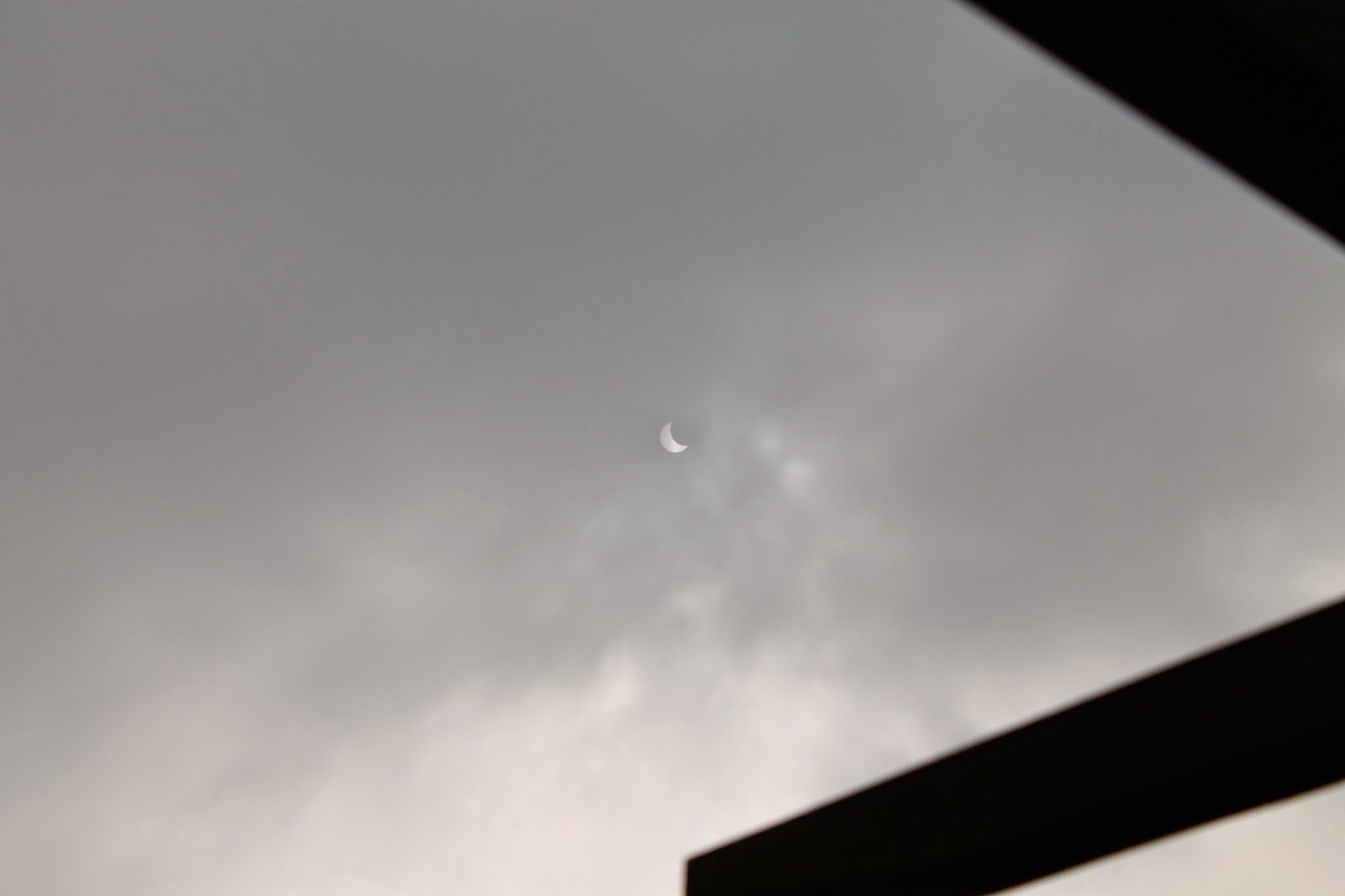 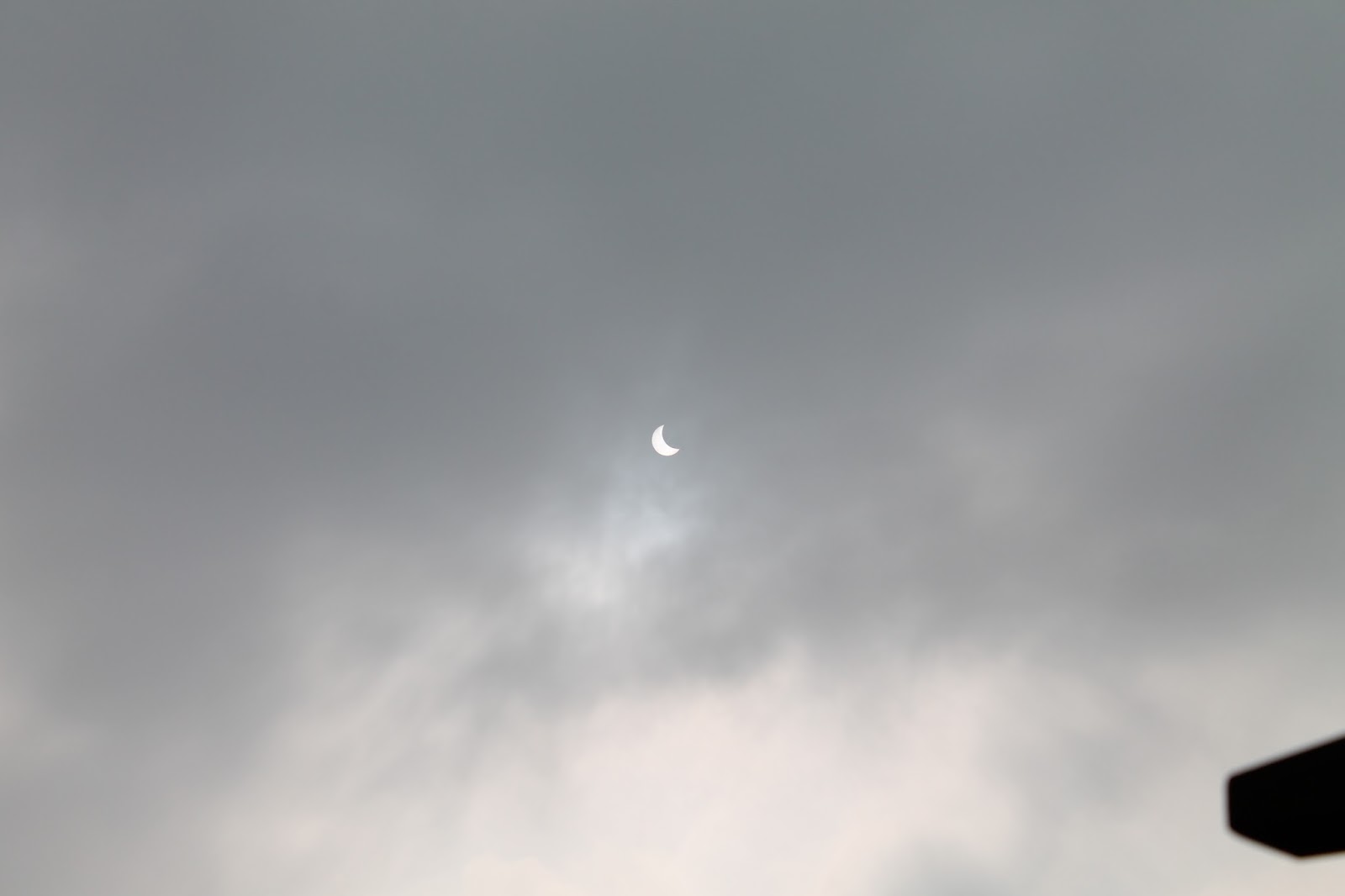 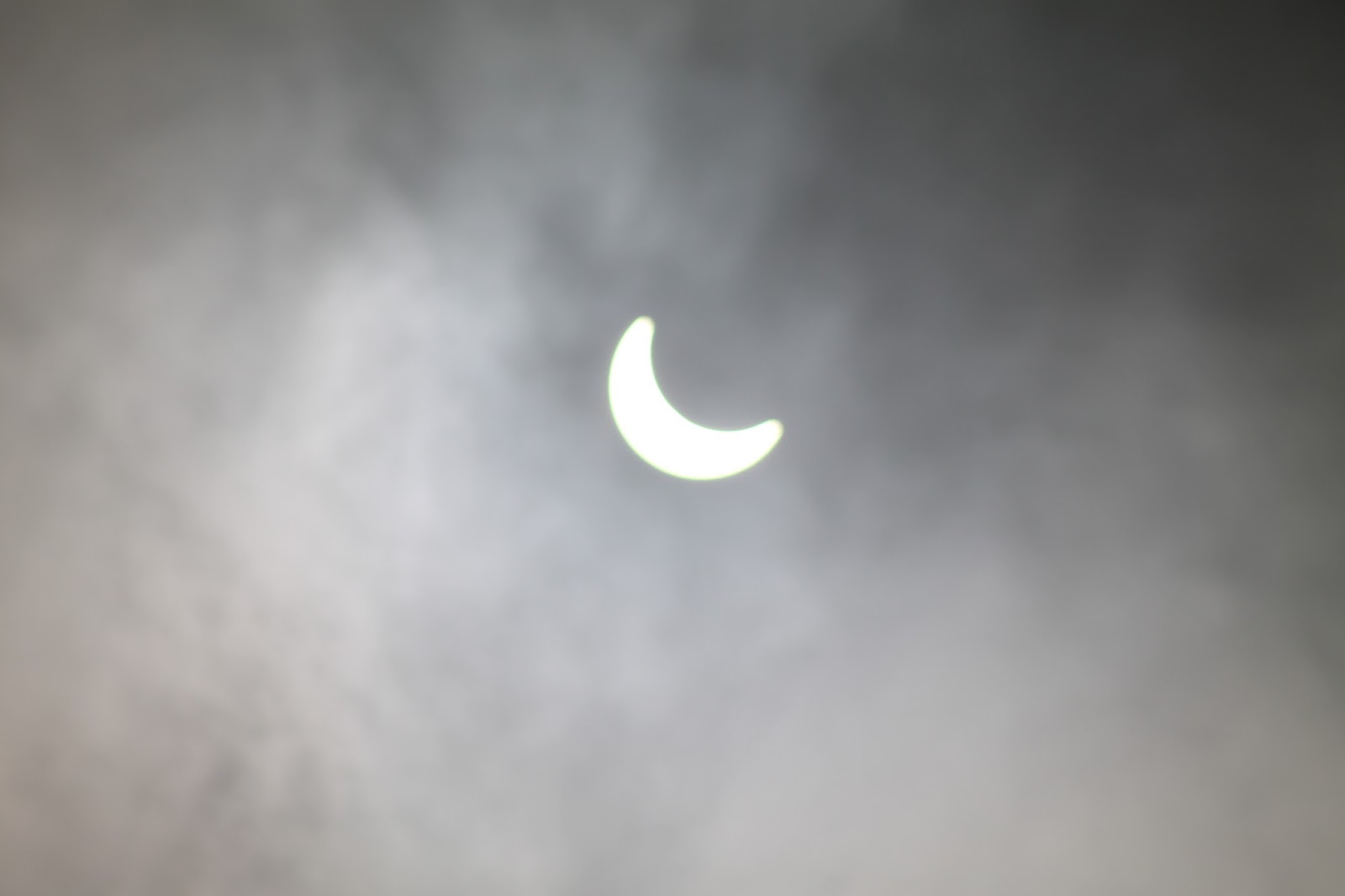 The cats were not very interested. I can't blame them because a partial eclipse is not terribly spectacular... 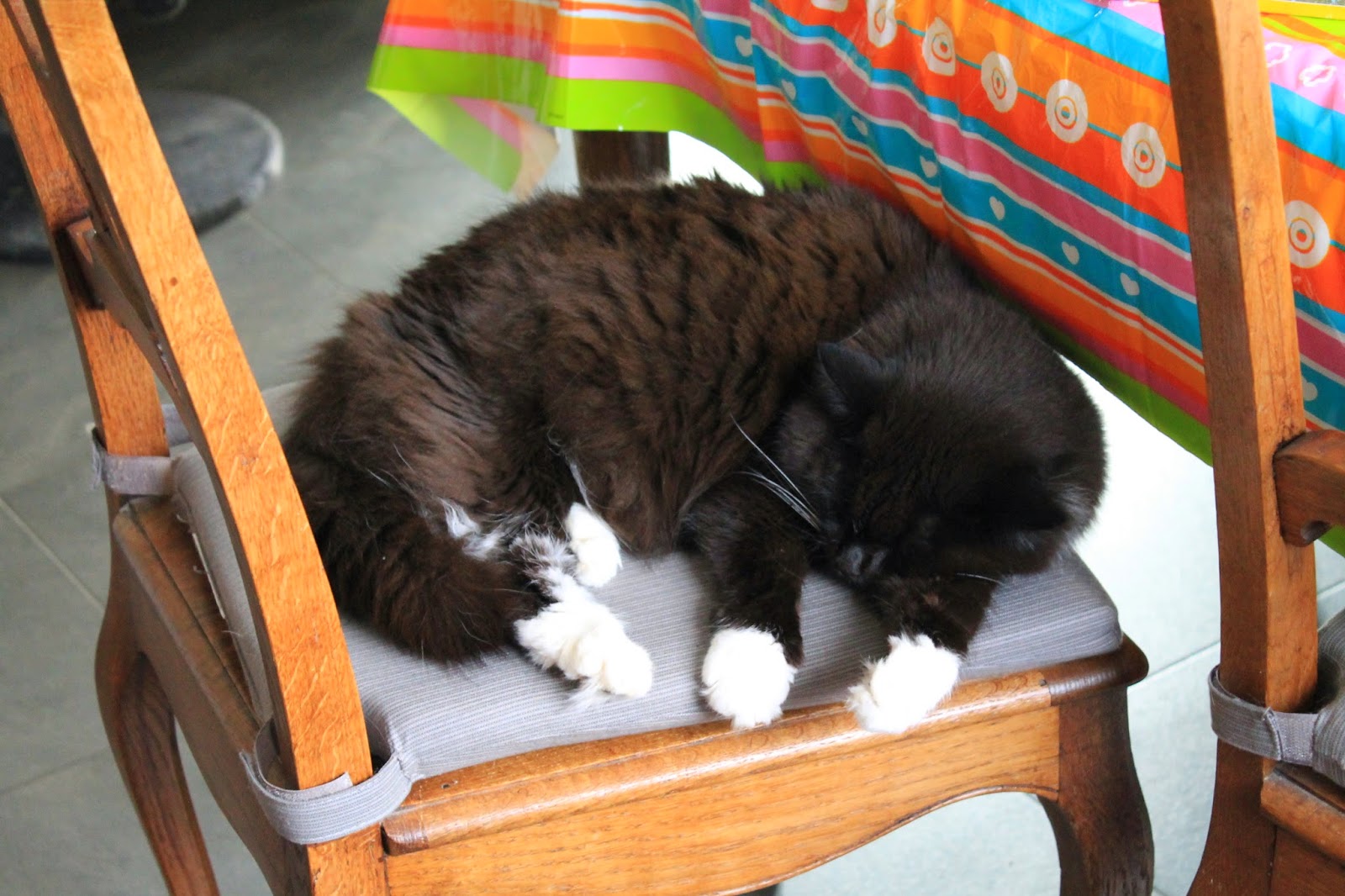 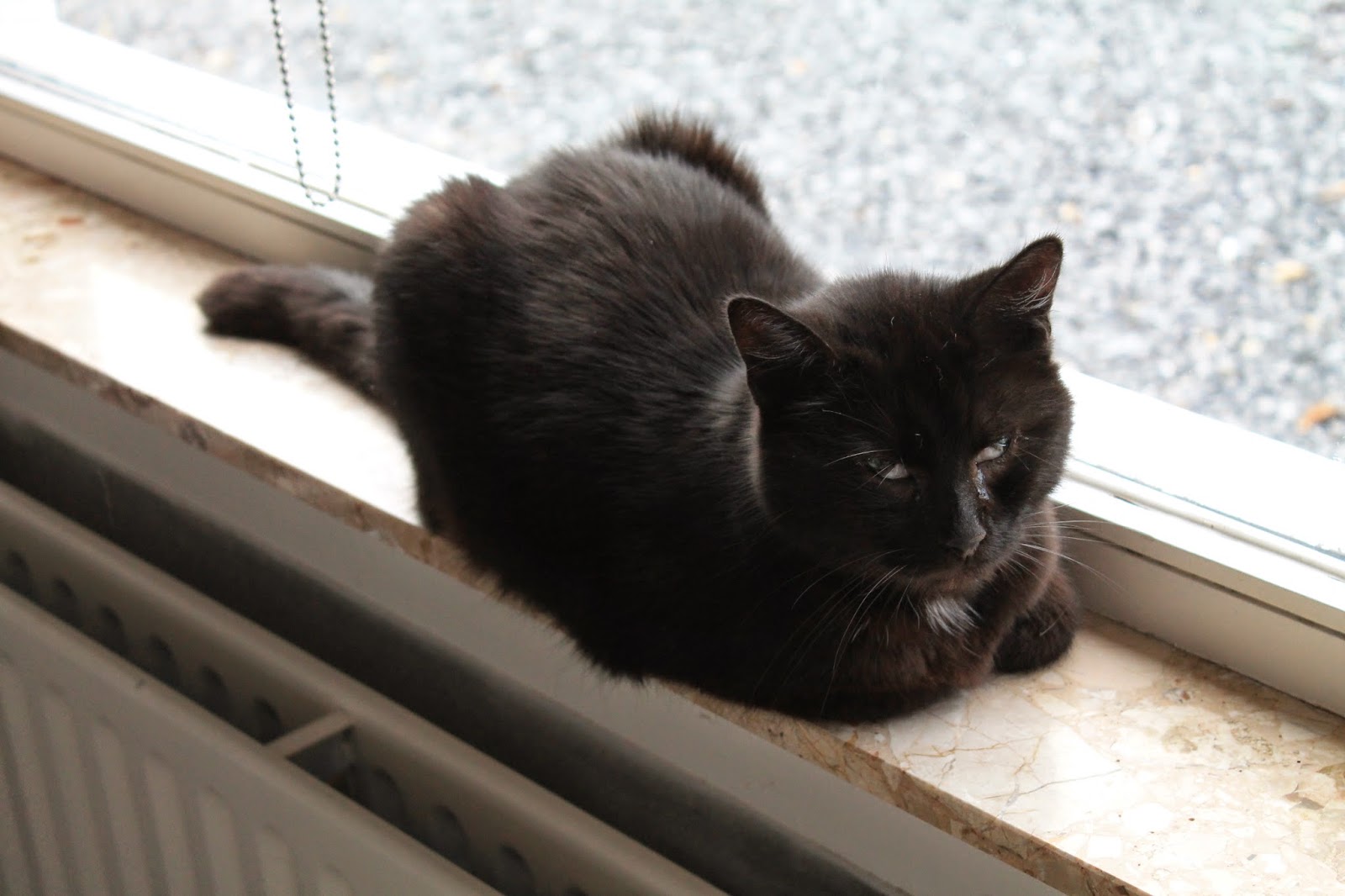 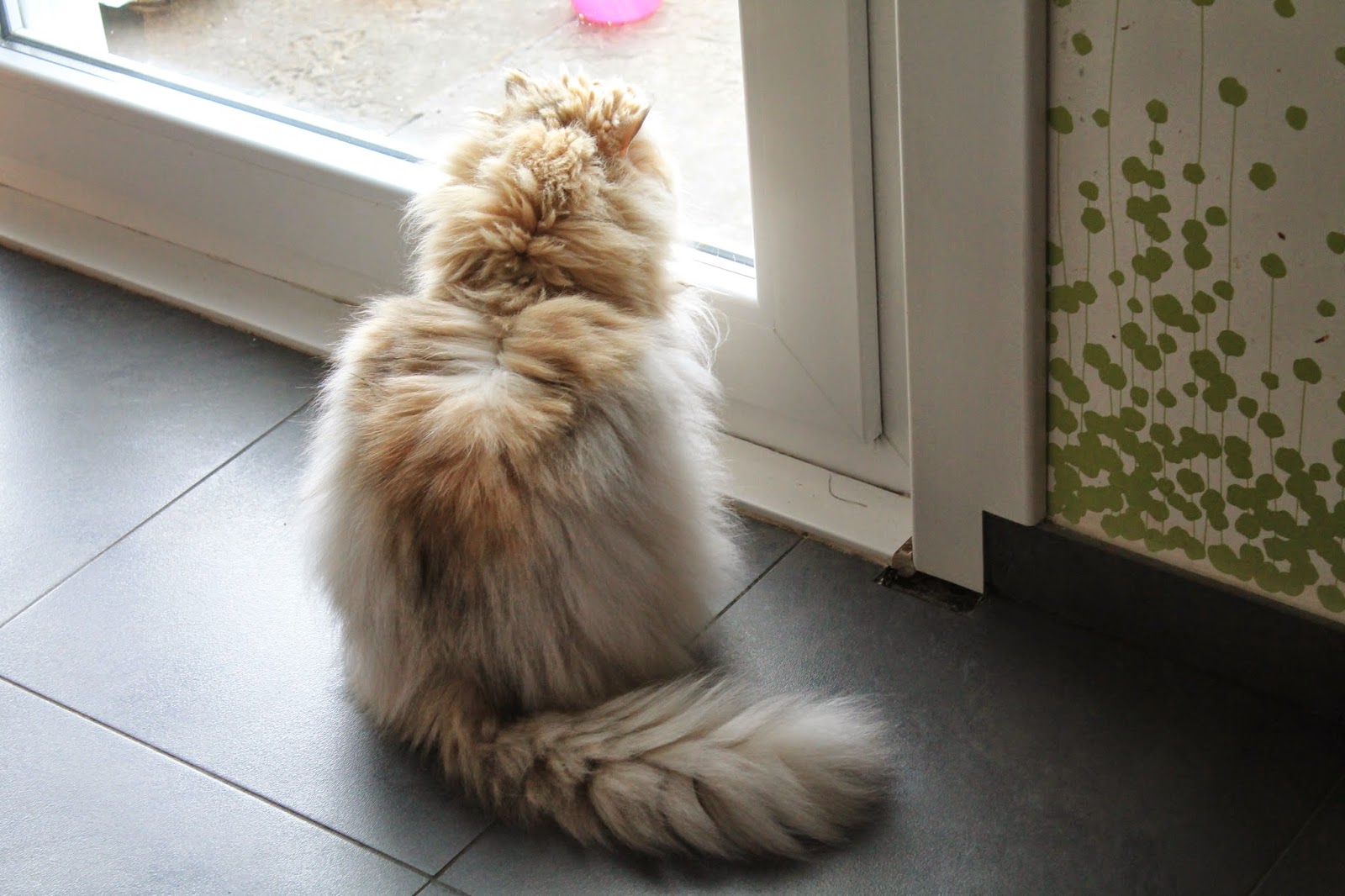 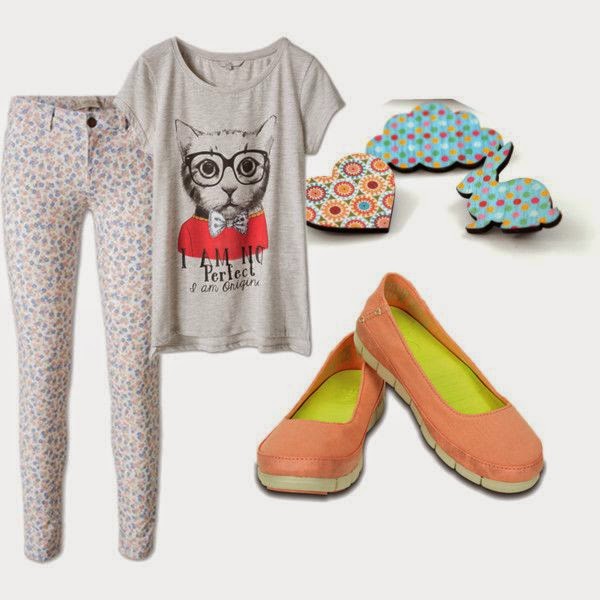 The weather has been unusally warm for March again this year...so my mind is on spring wardrobe already...

Skinny flowery pants and cat shirt are by C&A.
Peach kimmers are by Crocs.
Wooden brooch set by me.