Star Cat of the Day : Dora 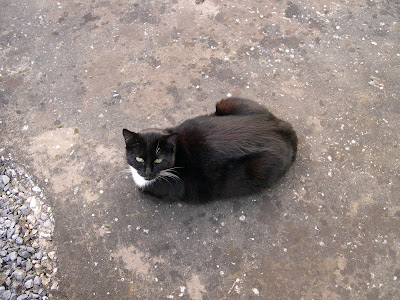 Princess Dora Mc Bain is the sweetest kitty ever. She arrived to my house with her sister Sally when they were a few weeks old and after they decided they were not meant for feral life. Sadly Sally, an all black kitty quickly died of FIP. At first Dora was extremely shy, I could not touch her but I could talk to her. Dora enjoys talks. Though she would not come to me during day time, it was a different thing at night. When she thought I was asleep, she would jump on my bed and sleep right next to me. Really, really close with her little nose almost touching mine. 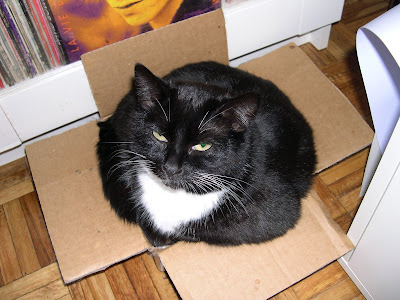 Dora is no longer shy. She adores cuddles from both people and other cats. And she has a best cat friend, Diego who enjoys licking her head. Dora must have a very nice smelling head because I have noticed that most of my other cats like to lick her head too. 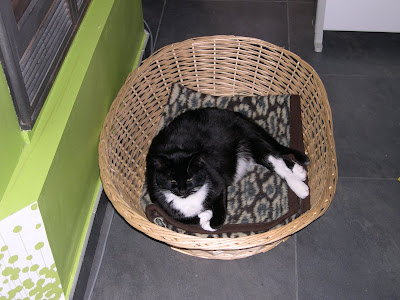 She has grown a little bit chubby over time but she is the nicest cat ever. Exercising is not one of her priorities. I have never seen her being mean or naughty, or even hissing. And she has the cutest kitten eyes and nose.
Posted by Nathalie at 7:45:00 PM

Everybody licks her head because she is a good girl! :)
Really loving meeting your cats!

I so love reading about your cats. I am very happy for them they have such a loving home with you!

AWWW! So cute kitty!
Give her some extra cuddles from me and some head licking from both of our kitties! :)

Dora is beautiful! I know she is very lucky to live with you, being given so much love & care! Her head smells good from your sweet hand, petting her!

Awwww I love Dora!!!!! She is really an adorable kitty! Such a wonderful story! Thanks for sharing, I really enjoy meeting your furry family! :)
Purrs from Zoe

a bit chubby ... love it !
Looks indeed like a real nice kitty.

She's a very pretty kitty too.