Sepsis, what you should know... 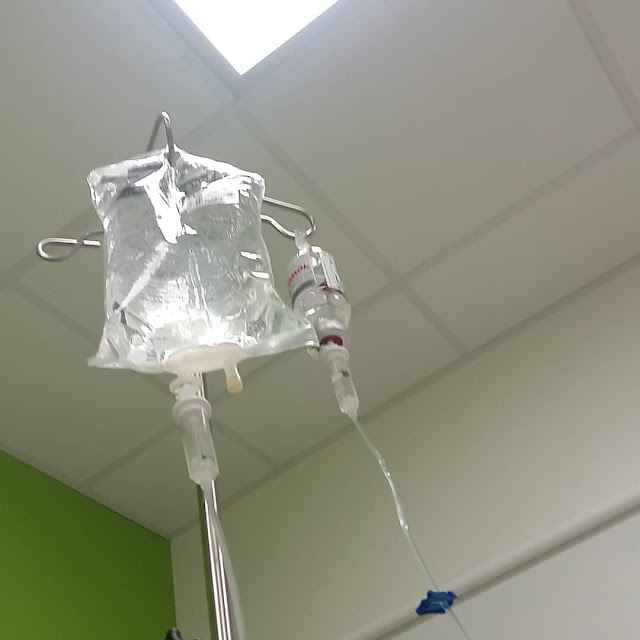 Before I was taken ill to hospital 3 months ago, I had only a vague idea of what sepsis was, I knew it was a blood infection but didn't know much about the symptoms. Unfortunately for me, even doctors seem to be very unaware of them.
Did you know that as many people die from sepsis than heart attacks? And that about a quarter of people suffering from the infection will die in our "civilized" countries (it's much worse in poorest countries)?
As it is treated with basic unexpensive antibiotics, not much research is being done, but even scarier is that doctors don't seem to be trained to diagnose it.
In the early stage it will look like a flu, stomach flu or a bad cold with lung infection.
It can start from something as benign as a small cut, a rotten tooth or a blister on your foot. Or it can start from an internal infection, like an appendicitis.
There's not just one symptom.
The simple way to be sure it is a blood test. You get the results within an hour. But the way the system is right now, you'll be way past needing a blood test when someone decided to take a blood sample.
I don't know exactly when I started to be sick. I know that up to 3 weeks before I was taken to hospital I was not myself.
Symptoms are very different from one person to another.
My main symptoms were confusion (and slow speech with difficulty to find words,  I couldn't concentrate to read), stomach pain  and some fever. Confusion was completely disregarded by the 2 first doctors who saw me. I also had a slightly fast heart rate, was not peeing much.
Here's a website explaining it much better than I could:
https://sepsistrust.org/what-is-sepsis/
It's a very short read, shorter than my rambles ;) and it could make a huge difference to you or someone you know.
A few hours can also make a huge difference for the treatment. Had I waited till morning to see a doc, I probably wouldn't be writing this now.
3 months later I am still not back to normal. The exhaustion is finally gone but the confusion is still there. Not as bad, but I still have trouble finding words and organizing my thoughts from time to time. I hope I get back to normal...but there's no guarantee.
Oh and I'll have my appendix removed in September ;)

Glad you're still among us!!! Scary how fragile we actually are.

Humans are such fragile beings. I'm just very happy you made it through! And hope you'll get back to normal soon as well!

Sorry you had to go through that! I hope you will get back to your old self soon!

How awful, that sounds so dangerous, I'm sure you'll feel better soon. Cross my fingers!