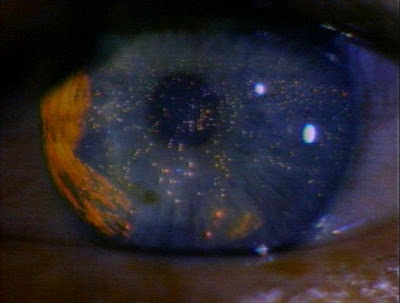 I love films. I am a film maniac. And some movies just stick with you forever. Blade Runner is one those films for me.
Over the years Blade Runner has achieved a cult status, and quite rightly too as it is a master piece.
Yes, it is grim and gloomy...but each and every single shot was carefully thought of and is like a little painting.
Yes, maybe Blade Runner appeals to me more because I love science fiction, and Philip K. Dick is one of my favorite writer (he wrote the orignal novel: Do androids dream of electric sheeps?)
It is also very much influenced by the film noir genre which I love.

But most of all, Blade Runner is about mood, and yet still has a story.
Deckard, the main character (?) is not a hero, he barely makes it to the end. Though we're uncomfortable identifying with him all through the movie, we can't help feeling his pains and conflicts. It took me many viewings to realize that Deckard was not even human, and that was a mind blowing experience for me...and made me watch the film a few more times.
"More human than human" is the motto of the Tyrell Corporation which engineers those "fake humans"...and it's the whole plot in one sentence. The "fake humans" turn out to be just as human as anybody , wanting and longing for the exact same things: to love and be loved.

*all pictures and clip belong to Warner Bros*
Posted by Nathalie at 10:43:00 AM